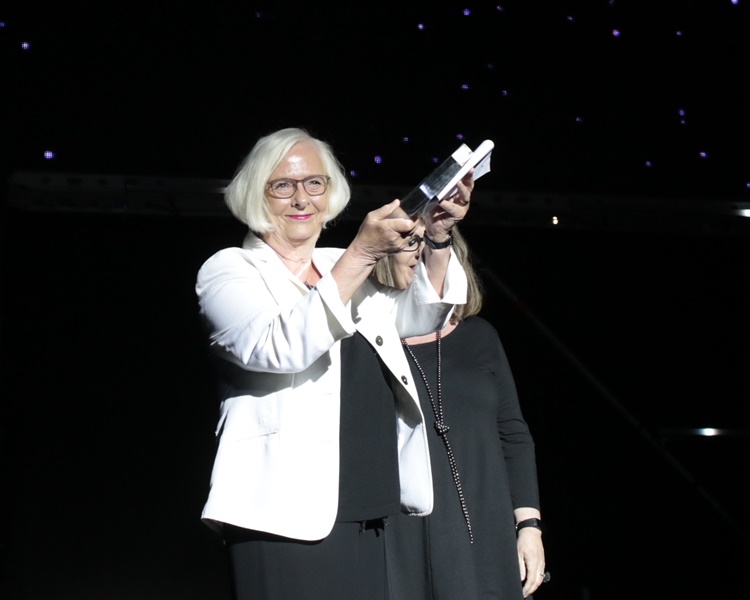 Former Prime Minister Jóhanna Sigurðardóttir has been presented with an Alan Turing Award at an event celebrating LGBTQI business, culture and tourism in Tenerife, Spain.

Jóhanna is known internationally as the world’s first openly lesbian head of government since her election in Iceland in 2009. She was given the award in recognition of this milestone, and in recognition of her continued work promoting the rights of LGBTQI people.

The presentation of the Alan Turing Awards was the main event at the first annual ARN Culture and Business Pride festival in Tenerife. The event, held in the city of Arona, aims to establish an alternative to the Pride festivals in other cities around the world and position Tenerife as an LGBTQI tourist destination.

Jóhanna was one of eight recipients of the award, who were all notable LGBTQI leaders. The award’s namesake, Alan Turing, is widely recognized as the father of computing and was persecuted for his homosexuality.

“It was especially impressive to see how local politicians were keen to support this venture in its first year – for example, the mayor raising the rainbow flag on the beach with me on the first day of the festival.”

“The life of this great scientist and computer genius was both impressive, important and sad. It’s tragic that a man who is thought to have saved millions of lives in WW2 then lost his own life because of the dreadful English anti-gay law at the time,” Jóhanna said on the occasion. “I think it is a superb idea to establish an award to keep Alan Turing’s name alive.”

Jóhanna attended the event in Tenerife with her wife, Jónína Leósdóttir, a writer and former journalist. The awards ceremony took place on the beach with a large crowd of locals. As part of the festival, Jóhanna also raised the Pride flag with the mayor of Arona.

“I believe this will be an annual event, from now on, in Tenerife, in connection with an LGBT Culture and Business Pride,” she said. “It was especially impressive to see how local politicians were keen to support this venture in its first year – for example, the mayor raising the rainbow flag on the beach with me on the first day of the festival.”