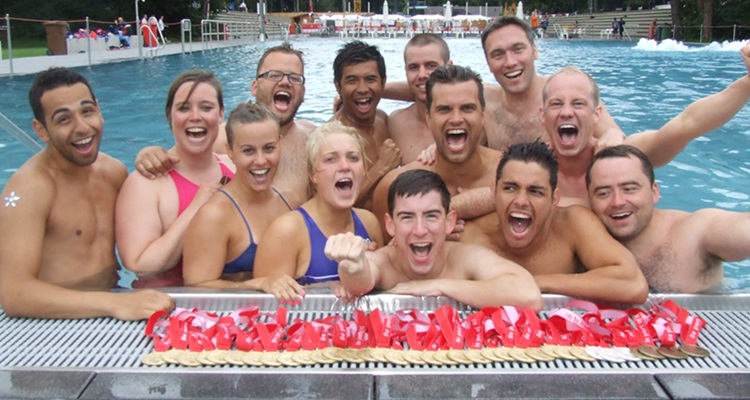 Styrmir, the local queer sports club in Iceland, recently released its winter schedule. Jón Þór Þorleifsson, board member of Styrmir, took the time to tell us all about the club and what to expect in the coming months.

What kind of club is Styrmir?
“It’s a very active sports club where everyone is welcome – queer or not. Where you can practice sports in a fun and easy-going atmosphere with great people.”

Why did you guys start a special sports club for queers?
“It says a lot that the club has been very active since it was founded back in 2006. There was obviously a need for a different kind of venue in the queer community for people to meet and socialize. So, a few people started with soccer in 2006 and then swimming and volleyball came in later.”

What kind of sports are currently offered?
“The weekly practices involve soccer, swimming and volleyball. However, people are always joining in sports events where they do their own sports. For example, we have a couple that are coming with us to EuroGames in Stockholm in August 2015 to compete in same-sex dancing.”

Any new sports planned for the upcoming winter?
“Not that we are aware of. Styrmir is a very fluid sports club, so if the initiative comes from someone to start a new sport, that would be great!”

Any tournaments planned abroad?
“Yes. We hope to send a big team to EuroGames in Stockholm next August. It is a huge event. Sports tournaments like these are always a lot of fun for the Styrmir group and we make many new friends every time.”

Do you have to fulfill any requirements to get in, like good shape, special age group, male and female, and so on?
“No, everyone is welcome, whatever the gender, sexual orientation etc. One guy once started to come to swimming practices and didn’t know how to swim, so we all taught him and a year later he was competing at the Gay Games in Cologne.”

What do you have to pay to sign up/get a members card?
“The annual fee is a mere 1.500 ISK. Then there are different fees for every sport, depending on how much the venue costs and the trainer etc.”