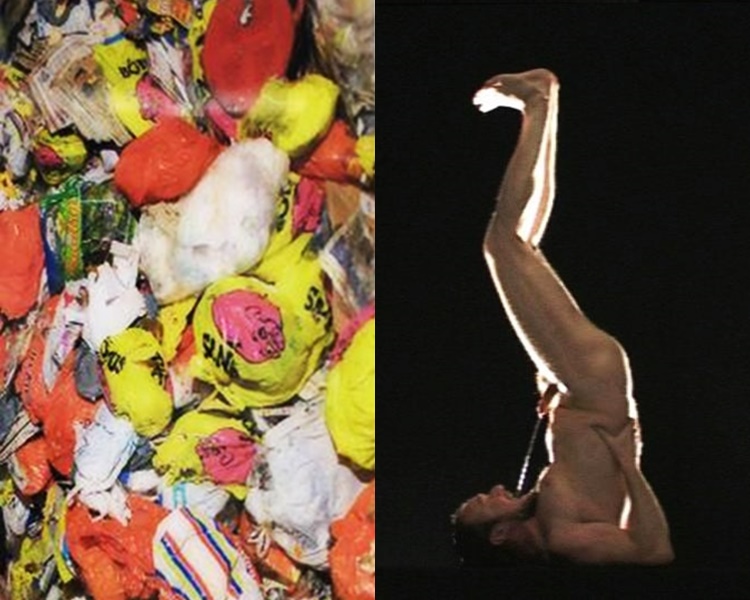 Hrafnkell Sigurðsson has just opened a solo exhibition titled Hvítt ljós / Rauður hiti (White light / Red heat) in Gallerí ’78 at Suðurgata 3 in Reykjavík. The exhibition is in line with Hrafnkell’s previous works where his own body is a vital part in his creations.

“I’m showcasing one old piece and one new that corresponds with the old one. The older piece is 120×80 centimeters in a frame. It’s done with a red lithography color straight on paper. I put the color on my hands and imprint on the paper with both my hands while I’m standing tight beside it. So a symmetrical pattern is born that holds the memory of how the work was made,” says Hrafnkell about the older piece that signifies red heat.

“The other piece is done the same way, only with fingers straight on a wall. The body resolves in the wall. With this I try to harness the entire space with as little intervention as possible and in a very simplistic way. The space within the picture becomes apparent in the whole of the surroundings,” he says about the new one.

One wonders if White light / Red heat is somehow connected to the provoking Circulator which was a DVD loop piece that Hrafnkell premiered in 2002. In that piece viewers watched Hrafnkell get into a yoga pose and pee into his own mouth. The piece gained attention for obvious reasons.

“This exhibition is closely related to Circulator but still quite different in appearance.”

Those interested in Hrafnkell’s work can enjoy White light / Red heat until the 28th of November. The exhibition is open from 1pm – 4pm during week days and from 8pm – 10pm on Thursday evenings.